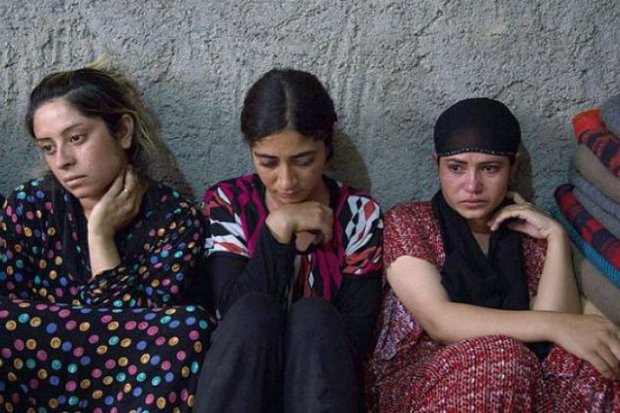 There was a time that I was pathetically naive to certain verses of the Quran. You see, I would make excuses for Muhammad while I was a Muslim. I was taught a different understanding of the alleged “religion of peace” by my former Muslim brothers and sisters; oh how I was mislead, fooled—deceived. Please understand, I do not have a problem with all Muslims. Some of the nicest and kindest people I have met are Muslims. No, I have a problem with Islam in its totality as a religious system that controls every facet of one’s life. It is time for the Western world to start asking honest questions about this religion.

Did you know that the Quran and early traditions of Islam allow for capture of women slaves to be used for sex, that they are considered “lesser wives” with lesser privileges? They are according to the Quran, “...those whom your right hand possesses” (Quran 4:23-24). The Quranic and early tradition of Islam’s understanding of “one whom my right hand possesses” is sickening, and one that leads many Muslims out of Islam.

Did you know that there are deceitful and naive Western publications that purposefully quote certain verses of the Quran to evade certain other verses, to show Islam in a more positive light? One such paper is the Daily Mail, which after an ISIS bride discussed how non-Muslim women could be used as sex-slaves quoted the Quran, the publication attempted to make the ISIS bride look foolish by defending Islam, quoting another verse as a way of deflecting. It quoted Qur’an 24:33, “Force not your slave-girls to whoredom.” However, this refers to forcing slave girls to become prostitutes. The reality is this, just because the Quran says not to force sex-slaves into prostitution, why would a holy book from God allow men to conquer countries (other than those occupied by the religion itself?) and force the women to become slave wives to be used purely for sex? These women have lesser privileges than “free” wives!

May God continue to illuminate the hearts and minds of Muslims, allowing them to see the true Light of the World, Jesus Christ!