The Crucifixion of Jesus 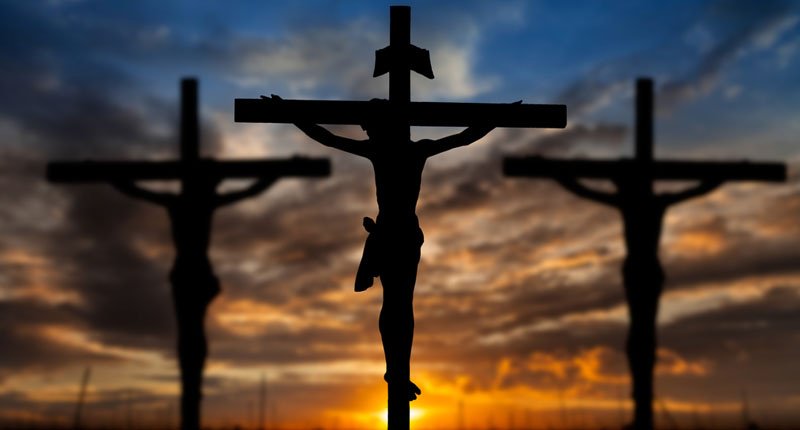 Was Jesus Crucified on the Cross?

What the Qur'an Says

Sura 4:157 - They said "We killed Christ Jesus, The  son of Mary, The Messenger of Allah." But they killed him not, nor crucified him. But so it was made to appear to them. And those who differ therein are full of doubts, with no certain knowledge, but only conjecture to follow. For a surety, they killed him not.

What the Bible Says

Luke 23:33 - And when they had come to the place called Calvary, there they crucified Him...

John 19:23 - Then the soldiers, when they had crucified Jesus, took His garments...

The Qur'an denies the crucifixion of Jesus. The Bible affirms it as a fact. They cannot both be correct. How do we know which to believe?

Thus, the death of Jesus was witnessed by a significant number of direct witnesses. This sort of eye-witness evidence would suffice in any court. But, is it possible that they only thought they saw Jesus die, when in reality it was somebody else?

By entrusting the care of his mother Mary to his brother John, Jesus as he died demonstrated a level of compassion no stranger or substitute could have shown.

These and other hostile sources clearly affirm the historical fact of Jesus' crucifixion hundreds of years before Jibril visited Muhammad.

Prophecies of Jesus concerning his crucifixion

As a holy and faultless man (Sura 19:19), 'Isa never lied. What then are we to think of the following predictions by 'Isa of His crucifixion, recorded in the uncorrupted Bible?

Clearly, Jesus prophesied his crucifixion, yet the Qur'an denies this.

The Apostle Paul wrote, "For I delivered to you first of all that which I also received: that Christ died for our sins according to the Scriptures, and that He was buried, and that He rose again the third day according to the Scriptures..." (1 Corinthians 15:3-4). Paul, as well as all the other apostles of Jesus, with the exception of John, were so convinced of the death and resurrection of Jesus that they were willing to die as martyrs rather than recant this testimony. Many men are willing to die for something they believe to be true, but no man is willing to die for that which is known to be a lie.

The death and resurrection of Jesus was no lie, and the men who were eyewitnesses were willing to risk their lives for this truth.

Evidence of Crucifixion from the Qur'an

In Sura 19:33 Jesus speaks as an infant and says: "So peace is on me The day I was born, The day that I die, And that day I shall be raised up to life (again)."

A few verses earlier, in Sura 19:15, the same statement is made concerning Prophet Yahya - ""So Peace is on him the day he was born, The day that he dies, And that day he Will be raised To life (again)!"

In Sura 19:31 Jesus is also quoted as saying, ""And He hath made me Blessed wheresoever I be, And hath enjoined on me Prayer and Charity as long as I live."

If Jesus was not crucified, and God substituted someone else instead, we must conclude the following three things about God:

1. God is unjust because He crucified someone unwillingly for crimes he did not commit.

2. God acted unjustly toward Mary, since she sincerely believed Jesus died on the cross. Allah fooled her.

3. God acted unjustly toward Christians for six centuries until Muhammad recited Sura 4:157, without leaving any credible evidence that Jesus did not die on the cross. God continues to act unjustly toward all people today by failing to provide such evidence.

This view makes God the author of the greatest lie in history. By fooling everyone present at the crucifixion and not leaving any credible historical evidence that Jesus did not die, this view makes God an enormous liar. Surely that is not worthy of God.

Because the Qur'an denies such a well attested fact of history, it must be denied as the Word of God. Surely, if God truly authored the Qur'an, it would be historically accurate.